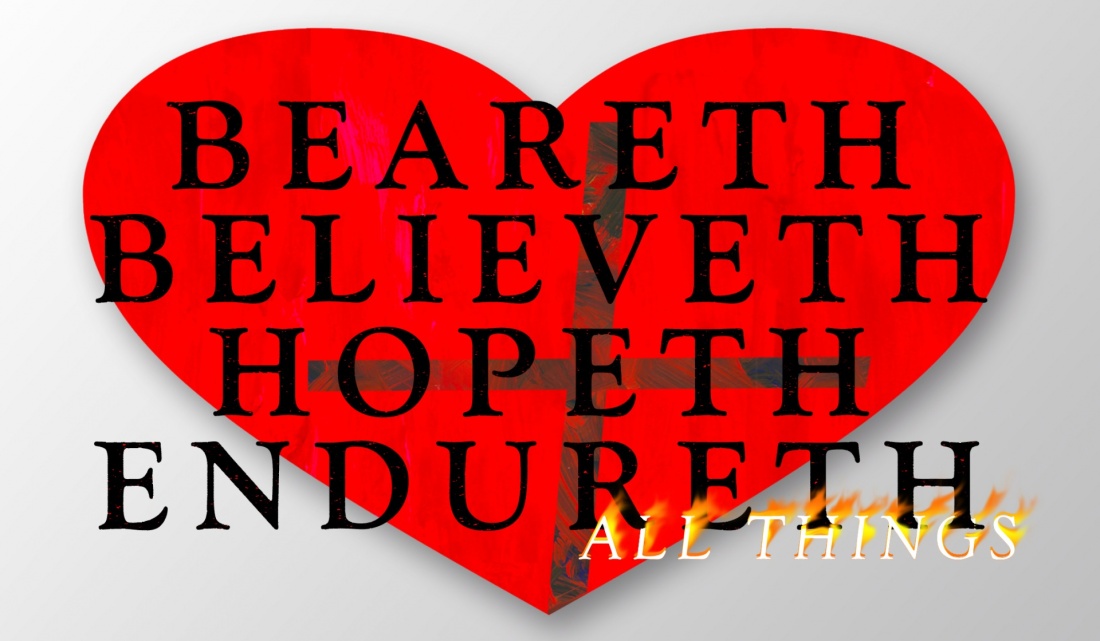 [Trigger warning for Evangelicals: have hot sweet tea on hand and keep breathing]
Have you ever planned scripture readings for a wedding? The conversation usually goes like this:
– Right, flowers done, what’s next? Readings. Thoughts?
– Em, how about The Good Wife, then 1st Corinthians then the Wedding at Cana?
– Sorted. Next. Top Table placings. It’s a nightmare!
Okay it’s not exactly careful discernment of liturgical appropriateness but if you get the readings wrong no-one will shoot you. However, if you mess up who sits at the Top Table…
The stage after this is to run the readings by the vicar/priest/minister who will look them up in the lectionary. Because (surprisingly to some) when we read from the Bible in church we don’t actually read from the Bible. Readings in the lectionary are read as edited chunks of verses of scripture (missing out, for example, Biblical verses referring to the size of the male member of your enemies and those that compare an unhappy woman to a bear in the corner of the attic). I’m not making this up, you know!
This gets more complicated, still on the theme of weddings, when another language is involved. Usually Latin. Now like many Roman Catholics [I did warn you and there’s more to come] I can get through Adeste Fideles without a hymnbook and once asked a woman making a wedding video why she’d backed it with Miserere Domine. However, stop most Roman Catholics halfway through reciting the Credo from a service sheet and ask what the next sentence means and you may get a rather vague reply.
My point is that we tend to do things conventionally. Proverbs 31:10-31 is an acrostic composed of the 22 letters of the Hebrew alphabet so it fits into the lectionary perfectly; 1 Corinthians 13 comprises 13 verses but the last verse of the previous chapter gives it context and it may be shortened to end with ‘love does not come to an end’; verse 12 of John 2 may be missed out as it links the Wedding at Cana to the next story. These textual decisions are usually made with the presiding minister in much the same way that an actor will discuss cutting lines with the director. For some weeks after the Epiphany, social media was full of Evangelical hatred against St Mary’s Cathedral, Glasgow; against the Very Rev Kelvin Holdsworth and against a young Muslim woman who was invited to read at an interfaith service.  None of these ‘Bible-defenders’ followed the clear Biblical instructions regarding raising concerns with a brother in faith (kindly, gently and in private) and the ultra-rightwing backlash (some of which had to be reported to Police Scotland) is sufficient evidence of the precarious state of love, peace and understanding in the USA and UK in recent months – which was the motivation for the inclusive service.

The young woman, who received abuse from vile racist trolls for weeks, had the task of not only reading a portion of her sacred scripture (Surah Mary 19:16-33) and of reading it in a language not her own but also of singing it. This she did beautifully and we, the congregation, were much moved. Subsequently, Bishop Nazir-Ali (sensitive to the very difficult interfaith situation in Pakistan where he served for years) praised the good intentions behind the service but expressed concern over a reading from the Qur’an in a Christian place of worship. This comment contained no racist or other vile language and was in no way derogatory to Islam, to the reciter or to the clergy of St Mary’s Cathedral.
Sadly, the good bishop’s erudite words on the meaning of the Arabic verb yattakhida were misquoted by an online UK Evangelical site, by the BBC and by an ‘alt-right’ (we know what that means) site in the US. Ironically, not only does it remain unclear whether the ayah (verse) referred to was actually included unaware in the recitation (the angry monoglot WASPS who claim it was have been unwilling to name their ‘non-Christian Arabic-speaking source’ to me) but even were it so, the literal translation is of a denial of adoptionism. And a previous verse may be understood (by Christians) to refer to the resurrection. In other words, the Arabic recital (of that verse all the fuss is about) is in fact more Christian-friendly in terms of orthodoxy than the usual English translation would be.
Notwithstanding the good intentions of all, the already fraught interfaith climate and the fact that the literal meaning of the Arabic verse (that may not even have been recited) is orthodox for Christians, we (congregation, clergy, reciter, Muslim guests, online supporters) have all been accused of single-handedly bringing the reign of Satan down on Earth. All of us together. Single-handedly.
Well, admittedly, there are signs that we just must be in the Last Days (notably so after the 20th of this month) but for people of faith that’s where we always are. Because the Kingdom of God is always close at hand. [Like that cup of tea, go on, take a sip, you’ll need it]
Surah Qâf 50:16 informs us that God is closer to us than our jugular vein. St Paul’s Letter to the Hebrews 13:2 enjoins hospitality to strangers upon us, reminding us that thereby some have entertained angels unaware.
It is our way in Glasgow, when vile people try to divide our united community, to run out to embrace each other. I was moved to tears by an Imam, in George Square in the centre of our dear city, when in another time of fear he recited the complete motto of the city of Glasgow attributed to our patron Saint Mungo:
Let Glasgow flourish, by the preaching of God’s word and by the praising of God’s name.
And we will flourish. Our loving, inclusive, united community will flourish because we trust in the promise that love wins. And even our atheist friends online have encouraged us to hold fast to that love. One woman said that she would not have come to a service but she understood why we celebrated the Epiphany together – because it was a sign of peace.
Lord of love, unite us in this sign.