Catherine MacKenzie gave us a wonderfully brassy brunette Deloris Van Cartier in Cumbernauld Musical Theatre’s production of Sister Act this week; she sashayed about the stage and belted out those numbers like a pro. So Julie Cassells had a challenge in playing Mother Superior: too strict and she’d lose the sympathy of the audience; too laid-back and she’d lose her authority over the nuns. It was a challenge she rose to admirably and her compassion, her fear and her vulnerability came through especially as she sung her moving confession: I Haven’t got a Prayer.

‘But to sing is to pray twice’, as St Augustine of Hippo reminds us, and from the moment Iain Fraser the Front of House Manager (presumably) asked us to turn off our mobile phones and added “can I have an AMEN?” we were all down with Jesus – and up on our feet to give a well-deserved standing ovation at the end.

Indeed the singing was wonderful (slightly muffled sometimes by the volume of the music in the first half, it’s true) with the very well-cast holy trio of Srs M. Robert, Patrick & Lazarus (Christine Duncan, Amanda Letarte & Marie Jo McCrossan) in hilarious character counterpoint.

The unholy trio of crooks, Joey, TJ & Pablo (Alan Brown, Christopher Costello & Gerard Kane) had us in stitches with their ‘what women want’ scene as they each in turn tried out the effect of their varied manly attractions on the audience in the fond hope of seducing the Sisters.

Special commendation to Gerard Kane for his word-perfect Spanish which he confessed afterwards he didn’t speak before rehearsals and basically just took at run at it. Similarly to the Sisters for their chanted and sung Latin. My Mum can remember the Latin Mass and we didn’t hear a wrong word.

Yes, on the Catholic side, there were the usual tiny costume errors. Only dedicated followers of Madonna hang rosaries round their necks rather than from their belts (and not from the end of the cord, which should have three knots in it, either) and the priest’s garment over his soutane was more Southern Baptist choir than RC cotta or chasuble. However Jan Letarte’s concept of the colourful cascading scapula for the Sisters was inspired and I liked the kitten heels too – apparently plain black shoes but with that little bit of sass for dancing in.

David Campbell’s Curtis Jackson (erstwhile beau of Dolores) was nicely nasty (and has a great voice) and Andrew Davidson’s Monsignor O’Hara played up the pragmatic priest even more than in the movie – which in these days of failing parishes is very topical – and added more complications to the peace of the convent than those brought by Dolores at the insistence of Lt. Eddie Souther. Keiran Butler brought his handsome burly charm to this part, which was expected from the movie, what took me by surprise was the poignant scene of hopeless homeless people shuffle-dancing around him as he was painfully aware of his inadequacy to help them all.

But help there was aplenty in this production and all the supporting parts did their bit very well indeed – and evidently enjoyed it!

Full marks to Producer Fraser Morrison, Musical Director Ian Monteith-Mathie and Choreographer Amanda Letarte (also onstage) also to the orchestra, and Stage Crew under Frank Kerr. I especially noted the elegance of the Sisters simply processing on and off with benches, and the communal table being left to our imagination. Other points I admired were Kieran Fitzpatrick’s timing of the radio (on and off several times) to the split-second, and Chris Combe’s evocative use of lighting when Dolores is pulled between the siren voices of the goodtime girls and the nun’s chorus. At one point her face turns green (okay I did think of Wicked momentarily) but it made me wonder about envy and the pursuit of happiness.

Last but not least, Front of House staff! My mother is ages with the Queen and I was touched by the kind consideration of the ushers, and being able to pre-order interval drinks was really helpful too. Thank-you Cumbernauld Musical Theatre and thank-you Cumbernauld Theatre for a really enjoyable evening out! 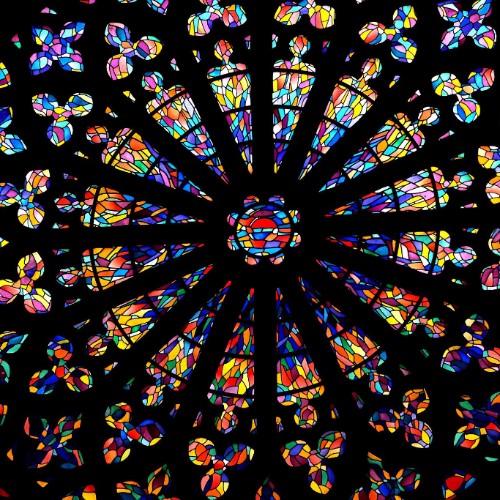