Of course I cried at the end of Armistead Maupin’s Tales of the City, a limited series just released on Netflix based on those books of that author. The showrunner Lauren Morelli “cultivated an all-queer writers room”, according to The Hollywood Reporter. And it shows. Out of the eight main characters, three are trans – or are portrayed as such. (But no plot spoilers!)

I’d reread the books, again, after a year spent around San Francisco and Sinaloa (across the water from Baja California). I was living in community in an area of multiple deprivation in Edinburgh, working in a nursing home. I found the former more challenging than the latter and the series was a form of solace. I’d read them in the bath, by candlelight, with incense and essential oils, switching off from my unhygienic passive-aggressive alcoholic flatmate, my actively-aggressive neighbours, and whatever craziness was happening on the racist and drug-ridden housing estate.

Some years later I felt I understood the main character more when I dated a guy who introduced himself as “a female-to-male transsexual”. (Even though Anna’s transition was the reverse.) No-one prompted me with pronouns, in those days, but my guy was ‘he’ to me and that was fine. I’m a bisexual man; nothing about him threatened or repulsed me. We were great in bed; it was just all the other times when his insecurity, selfishness and obsessive personality were so trying.

But, like the Netflix series, we’re all limited – and I’m certainly no saint. The limitations of the series are obvious when you expand the view to the minor characters (especially including the 1960’s vignette). Most of them are under the trans umbrella. Let’s remember that the books were written by a gay man – so he, like me, is not.

It’s no news that trans is the new gay. And, to give the all-queer writers their due, there is some portrayal of the tensions between young intersectional queers and the older White queens; and between individuals who transition and their partners who have a new identity thrust upon them – one that includes them. I wonder how much input Armistead, who “also spent time with the writers”, had.

“There were lots of different voices with a lot of different opinions so it was a very vigorous room but[,] at the same time, nobody had to explain queer 101 to other people in the room.”

I welcome this series, despite its limitations. The character of Anna Madrigal (wonderfully portrayed both by Olympia Dukakis and Jen Richards, in her earlier incarnation) may believe in magic and utter the occasional spiritual insight but her appeal is always in her compassionate humanity.

So it’s a pity that, in this very politically correct series, the issues of coercion and ideological purity aren’t addressed. “I know I’m not supposed to feel this but…” says Margo, the partner of Jake, who transitioned and who censors her speech when she says, “I miss when we were lesbians”. And the only mention of the issue of safe female space, based on sex not gender, is a clear invitation to laugh at the dumpy older lady being sarcastic about having to share an open plan unisex bathroom with 15 other people in the intentional living community that Michael is (not) considering joining.

There’s a lack of honesty here. Something that this all-queer writers room didn’t address. And that’s a shame because so many of us, in what could be termed the queer community, have been moved to tears by these books – and also moved to contemplation of ourselves, our lives and our civil situation – and so moved to action.

These are my fears for the future:

Here are my hopes:

“Feuds are not about hate, it’s never about hate; feuds are about pain.”

I find I’m a better human when I allow myself to feel my pain, when I’m conscious that I’m not the only one in pain, that it’s an inevitable part of the human condition. Every single character, in all incarnations of Armistead Maupin’s Tales of the City, is in pain. The best ones, in their best moments, temper that pain and even heal some of it when they remember that and reach out in recognition – rather than in rage. Or simply respect that someone else’s pain may be, despite our best intentions, unfathomable. 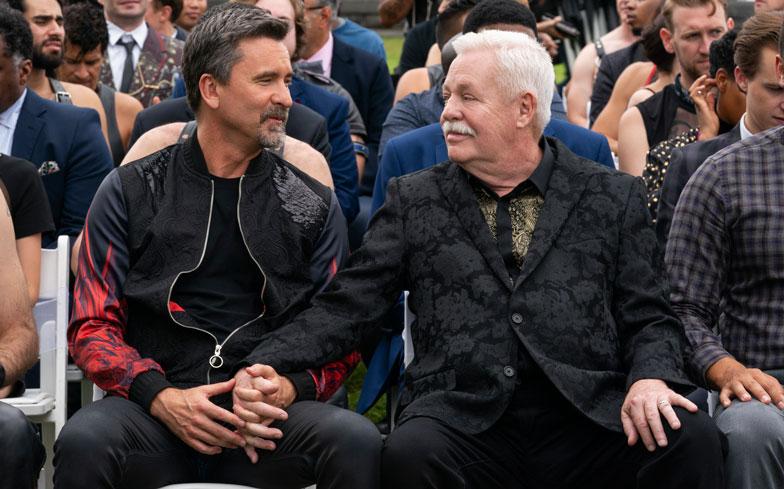