Coronavirus causes the common cold. It’s already everywhere. As for what really happened in Wuhan, read this.

It’s a long read and requires thinking so, for the Goldfish Generation, here’s the conclusion (the skinny):

“The coronavirus panic is just that, an irrational panic, based on an unproven RNA test, that has never been connected to a virus. And which won’t be connected to a virus unless the virus is purified. Furthermore, even if the test can detect a novel virus the presence of a virus is not proof that it is the cause of the severe symptoms that some people who test positive experience (but not all who test positive). Finally, even if the test can detect a virus, and it is dangerous, we do not know what the rate of false positives is. And even a 1% false positive rate could produce 100,000 false positive results just in a city the size of Wuhan and could mean that a significant fraction of the positive test results being found are false positives.

The use of powerful drugs because doctors are convinced that they have a particularly potent virus on their hands, especially in older people, with pre-existing health conditions, is likely to lead to many deaths. As with SARS.

There is very little science happening. There is a rush to explain everything that is happening in a way that does not question the viral paradigm, does not question the meaningfulness of test results, and that promotes the use of untested antiviral drugs. And, given enough time there will be a vaccine developed and, for some of the traumatized countries, it may become mandatory, even if developed after the epidemic has disappeared, so that proving that it reduces the risk of developing a positive test will be impossible.”

David Crowe, the author of the article, does goes into a lot of detail and is clearly trying to be reasonable and impartial – which puts him at a disadvantage compared to the media hacks (and social media hysterics) who simply repeat, louder, whatever someone else has claimed.

In this blogpost I’m not going to focus on arguments over the events in Wuhan but rather why we are all so prone to accept one interpretation (and only one version) of those events – an interpretation that has led to global panic with an already devastating effect on the economy (apart from pharmaceutical industry profits) physical and mental health and is having a knock-on effect on animals and the environment.

Unfortunately it’s quite simple: it’s a failure of logic.

If I bang my head against a brick wall and medicos immediately conclude I have a brain tumour and put me on chemo twice daily, I may die.

If that question is never impartially investigated, and everyone admitted to hospital with concussion is immediately diagnosed with a brain tumour, put on chemo twice daily, and many die, is that evidence of a sudden spike in brain tumours? Or just in stupidity?

I’m a White, middle-aged, tertiary-educated man currently teaching at a prestigious university, and I’m a doctor. I’m assumed to be an expert in a lot of things (which I’m not) just because of all of the above. I’m a doctor of philosophy – but put me in a white lab coat and add to M.D. to Ph.D. and I become practically infallible.

Not all assumed experts are in these same demographic categories – but those who are not (women, people of colour, young professionals, the retired and unemployed, the self-educated, independent researchers, etc.) have to work extra hard to get taken seriously.

So no-one is going to question the grey wisdom delivered on prime time TV of a top White male medical doctor in the measured self-assured tones of middle-England or the American Mid-West.

If you belong to a demographic that defines sanity, anyone else must be a lunatic. Which David Crowe (clearly) must be. Because his suggestion, that we treat the presenting phenomena of the obvious symptoms of concussion rather than assuming the remote possibility of brain tumour, is insane. Isn’t it? Here’s his intro:

“The Coronavirus scare that emanated from Wuhan, China in December of 2019 is an epidemic of testing. There is no proof that a virus is being detected by the test and there is absolutely no concern about whether there are a significant number of false positives on the test. What is being published in medical journals is not science, every paper has the goal of enhancing the panic by interpreting the data only in ways that benefit the viral theory, even when the data is confusing or contradictory. In other words, the medical papers are propaganda.”

I’m absolutely not saying that there is some conspiracy behind all this. It’s just xenophobia and money and our unquestioning docility to the discourses of grey patriarchs. I’m also not saying that we should ignore the social fact of panic – because the risks from iatrogenic harm (death by prescription or psychosomatic nocebo) are grave indeed at the moment.

So, if someone is convinced that their life depends on social distancing, invading their personal space may be detrimental to their health because of that belief and because any subsequent symptoms of the common cold they may develop may lead them to continue the epidemic of testing and iatrogenic harm. 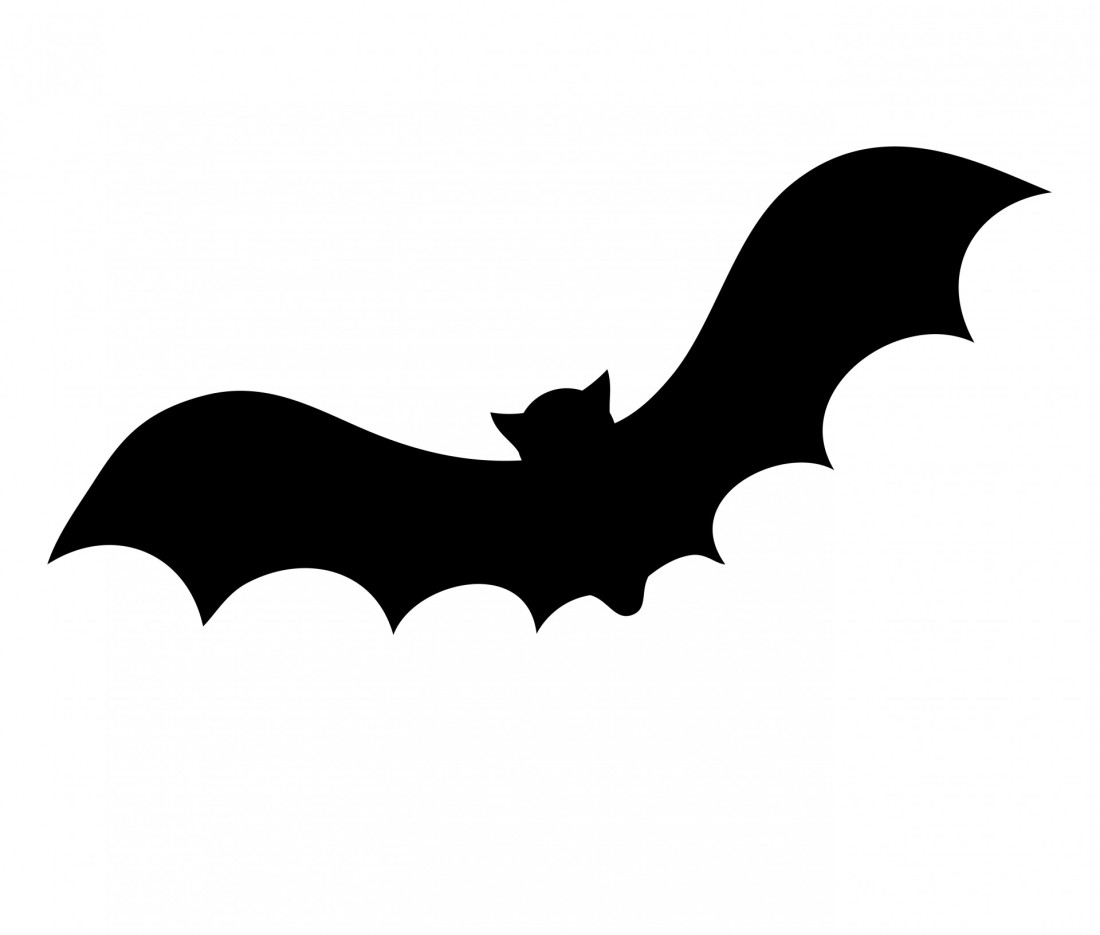 Thanks to Karen Arnold for releasing her image “Bat Silhouette for Halloween” into the Public Domain.

4 thoughts on “Dread and Viruses”