I’m re-watching Charmed, that late last millennium/ early this one American TV show about three beautiful weird sisters, their witchy ways, their hunky men and their low-cut tops. (Alyssa Milano, the younger sister, had something to say about the latter.) This time I’m watching it with German audio and subtitles on DVD because you can still enjoy something again, especially if you do it a bit differently. The last episode of Season 1, “Déjà Vu All Over Again”, is about that particular hell of doing the same thing in the same way, over and over again which, two years later, Buffy the Vampire Slayer also explored (hilariously) in S6E5: “Life Serial”. Both clearly inspired by the 1993 movie Groundhog Day.

James Temperton (whose pic makes him look like an inspired saintly monk from Mount Athos) writing for Wired, complains about the same experience:

In the grip of a coronavirus lockdown […] time has started to lose meaning. […] What’s the point of time, after all, when each day is an excruciating repeat of the one that preceded it, stuck on a loop of endless Zoom calls and Houseparty drinking sessions?

Handsome hipster James, like many young men used to getting out of the house to go to work, may have a negative attitude towards repetition precisely because it’s unusual for him (though I bet he does the same things, in sequence, over and over again, at the gym). For many mothers, some fathers, most carers – and all monks and nuns – repetition is something you just have to get used to. Monotony, to get spiritual for a second, can become a mantra.

So one way to deal with it is to settle into it. Think of going through your daily routine as following a rhythm, not being stuck in the blues. Music and poetry need rhythm – even without rhyme or reason. It keeps us on track. So if you’re in lockdown and you don’t yet have a rhythm to your day, establish one. Stop making endless decisions each day and all day about what to do next, it’s exhausting.

For those of us who are carers, it is our charges who provide the rhythm. Bathing, dressing, meal and snacktimes, exercise, education, entertainment and play, communicating with loved ones and with outside agencies, planning, finding time for yourself – often when your charge is resting or sleeping – carers either do all of these or work with those who do. Especially when caring for the very old or very young, a rhythm to the day can be reassuring – and can avoid having to answer at least some of those endless questions.

Not all of our charges are human, animals and plants (if we’ve put them in an artificial environment so they are unable to fend for themselves) need our care too. Here’s some wee seedlings I rescued from outside a supermarket – I won’t name and shame them for not watering their plants as the staff said their spray machine was broken and they did give me a discount. (The cabbage plants at the bottom show most improvement, the Brussels at the top were rescued before them.) 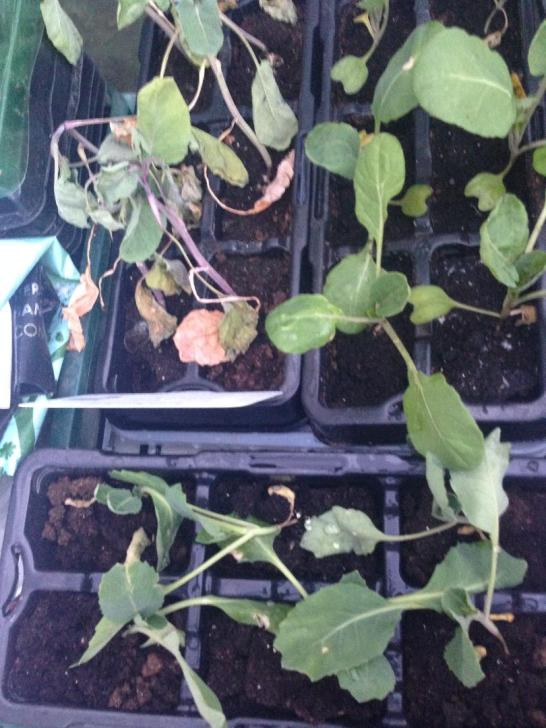 Rescued seedlings: brussels sprouts above, cabbage below, sickly on Day 1

Rescued seedlings: brussels sprouts above, cabbage below, reviving on Day 2

Another way is to introduce some variation. There are lots of ways to do that so let’s focus on just one: cooking! With supermarket shelves emptying of the dead flesh, stodge and sugar that comprise the infamously unappetising British/English diet (don’t sneer, America, yours is even worse!) now is the time to Google that funny fruit or vegetable that you’ve been walking past your whole life.

For some, courgette/ zucchini might be an unknown but, as well as slicing it in small sections to pop into soup, you can also slice it lengthwise, scrape out the middle to fry it with garlic and onion and herbs then fill the skins and bake them. You can even make a lovely loaf with it. 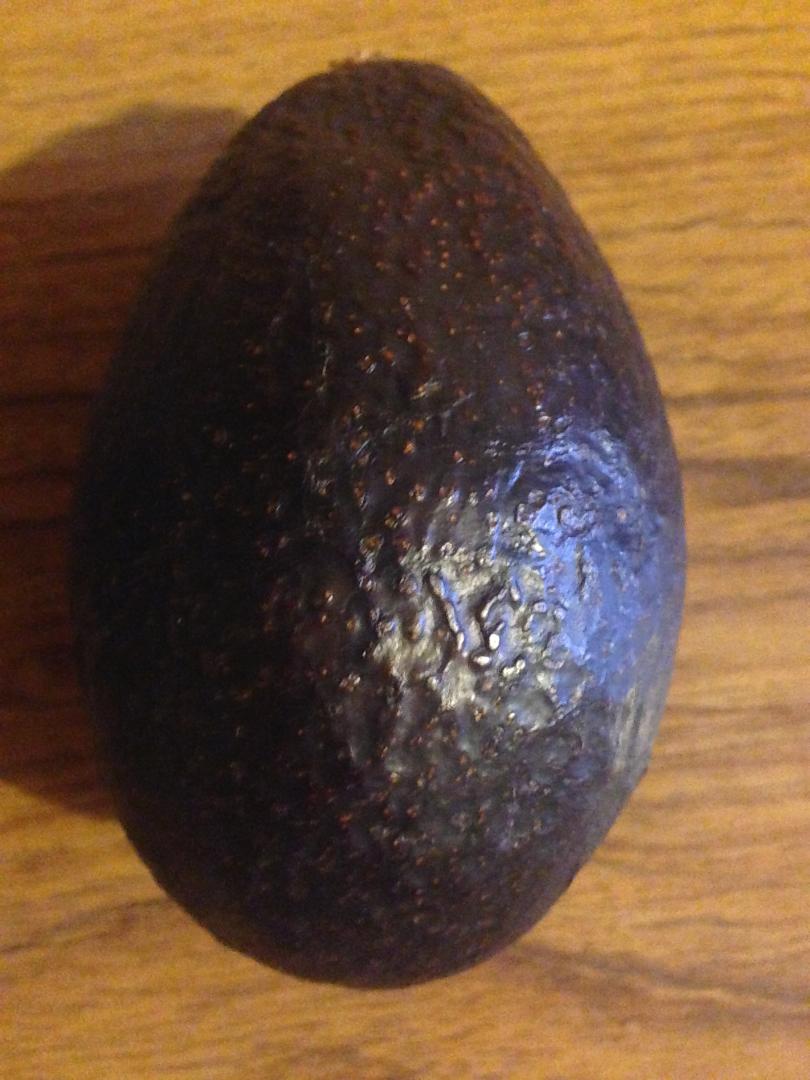 Millennials have made avocado toast famous (which is probably what’s keeping them alive as they’re too busy online to eat a square meal) but this extremely nutritious fruit is easily mashed and mixed with some crushed garlic and a squeeze of lemon – and a sprinkle of freshly chopped or dried coriander/ cilantro if you like – half an hour in the fridge will give you great guacamole. And it’s great in a smoothie! 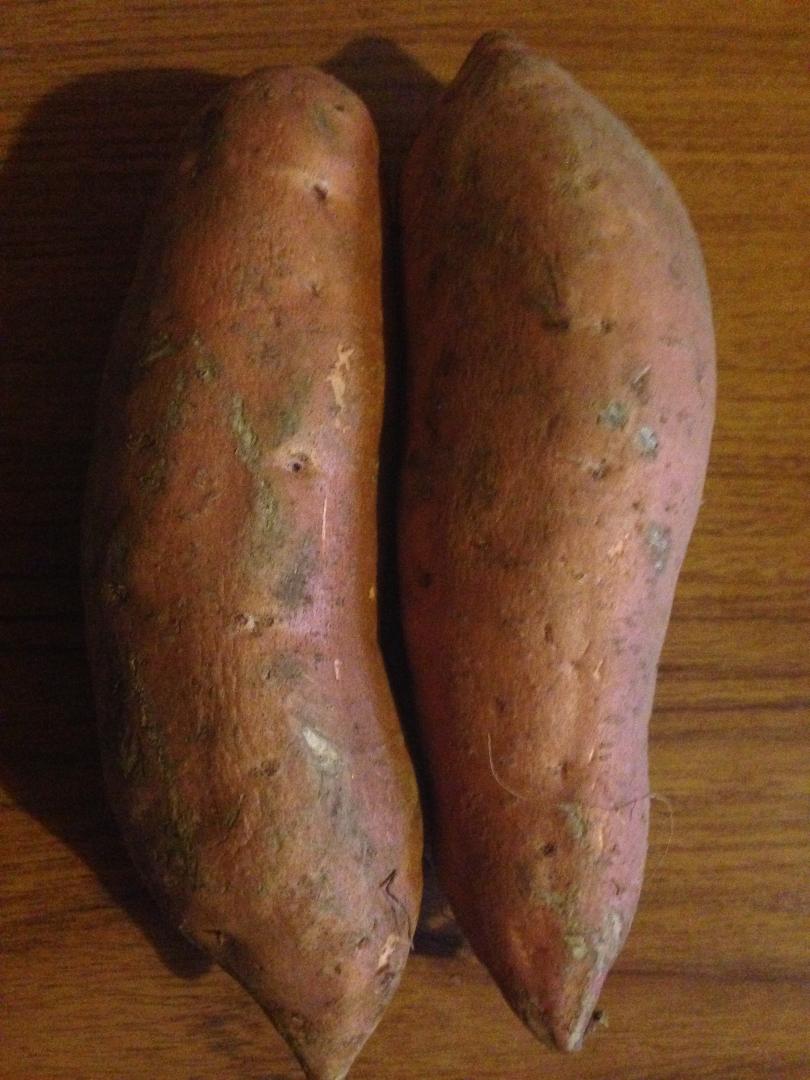 Sweet potatoes need no introduction to many people (outside Northern Europe) and you can do everything with them that you can with regular spuds – compared to which they have more vitamin A & C, as well as more flavour, though spuds have more protein and fibre.

GARLIC!!!!! Just eat it. Just get it into everything you can. Best thing ever for your immune system (and for your plumbing, guys). This is why the French survived trench fever and ‘Spanish flu’. And everyone else didn’t. Trust me. I’m a doctor. (Okay a metaphysician, not a physician, but still, I’m right about this.)

Celeriac. Why not? It’s a weird muppet-faced funky mass of fibers that you can cook the same as turnip. Here’s Jamie Oliver, with his usual aplomb (I love Jamie but I do wish he wouldn’t chuck his hair about in the kitchen, it’s unhygienic and it started a trend) with a simple recipe frying chunks of it with just olive oil and herbs.

So the next time you’re out shopping and confronted with empty shelves, walk on until you find a bit of adventure. Enjoy!

Establish a rhythm to your day but play variations on the theme!